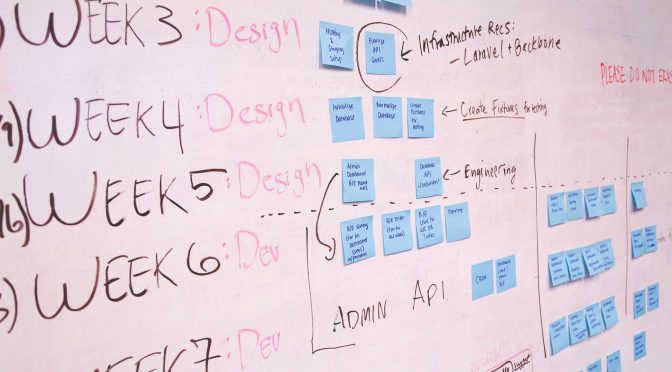 Carillion’s collapse wiped out tens of thousands of jobs and may bankrupt thousands of subcontractors.  Early reports confirm that many of their large public sector contracts were unprofitable. However, their demise could also be traced back to the use of outdated project management practices. Carillion’s collapse is a reminder that rigid and sequential plans, as commonly used in the construction industry, never survive first contact with reality.

My project management career started at Balfour Beatty. As the UK’s largest construction firm, last year they were 50% larger (by revenue) than Carillion.  Balfour Beatty spared no expense teaching us the critical role of cashflow and contracts in an industry characterised by razor thin profit margins and with punitive financial penalties built into complex contracts.  The industry uses outdated project management practices – unsuitable for complex projects with numerous known unknowns – first pioneered 100 years ago.  Following rigid plans – in situations that required an agile response -meant that client-contractor relationships were always adversarial rather than collaborative.  Projects typically started with folders of pretty colour coded gantt charts, plans and realms of contract documents.  However,  even small problems would frequently cause work to stop and negotiations to begin.

We already know that Carillion aggressively underbid to win multi billion pound contracts that they knew would generate losses. To maintain cashflow, their leadership team would have used payment terms to improve cashflow, typically by paying subcontractors late and securing substantial upfront client payments. Also, to try to turn their “loss leader” contracts around, site managers would have been under significant pressure to aggressively use the framework of the contract to find “additional work”. This short term focus or “cash grab” would have exacerbated already adversarial and non-collaborative relationships, leading to more costs and delays, more adversity and less collaboration.

According to KPMG (2015 Global Construction Survey), 90% of public sector construction contracts underperformed and across all sectors 53% underperformed. After my project management career in the construction industry, my MBA thesis advocated a more iterative approach to planning. Simply put, rigid planning techniques are unsuitable for complex projects. In fact, I was engaged as a consultant to the UK government whilst working on my thesis, and used the early research to help the Staff Development Department transition to an Executive Agency by using an iterative agile approach. Agile, an alternative to traditional project management, encourages collaboration rather than negotiation, and responding to change instead of blindly following a plan.

Agile frameworks, such as Scrum, can be used to significantly improve project outcomes in any industry. They say that Scrum is easy but very hard to master.

The scrum framework mandates an agile way of working. More than 12 million people now use it and Scrum has proven to be so effective at delivering complex software projects on time and within budget that it is now being used across business functions such as marketing, operations, strategy and even government and in education. In fact, the FBI and NASA use Agile and US agencies like DoD must be agile, by law. The UK Government mandates the use of Agile across all public sector agency digital contracts. Agile is the World’s most popular innovation engine (Forbes) and Scrum is the most widely used agile framework.

G2Guide started to see the benefits of using an agile framework a decade ago and now we use Scrum, as outlined in the Scrum Guide. As it closed its doors for the last time, Carrillion owed about £2bn to 30,000 firms.  If the construction industry adopted an agile approach, instead of outdated and adversarial project management practices, thousands of jobs might have been saved.